The convention boasted some fun new features like a free classic arcade with standup games like Ghostbusters, Ms. Pac-Man, Galaga, and more! This year, Planet Comicon also brought several food trucks inside the convention hall. They even had barrel style root beer. In addition to all of that, Planet Comicon brought in tons of great guests including Neal Adams, Lou Ferrigno, Manu Bennett, Jenna Coleman, Jason Mews, George Takei, Danielle Panabaker, Hayley Atwell, Kevin Smith, and the one and only Stan Lee!

While we don’t have any official attendance numbers, many estimate well over 50,000 with Bartle Hall literally turning people away on Saturday due to reaching capacity. This was, without a doubt, the largest Planet Comicon to date. Check out our gallery below which boasts over 100 people in cosplay including characters from DC Comics, Marvels, video games, and more!

We’ve got two awesome galleries on our Facebook page with over 100 different cosplayers we saw throughout the weekend. Check them out below:

What did you think? Did you attend Planet Comicon? Let us know your thoughts in the comments! 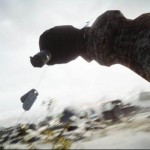 Downtown small scene photographer and part time cosplayer. I drive by scenes all the time, "That looks like a great place to shoot!" Someone needs to see this.